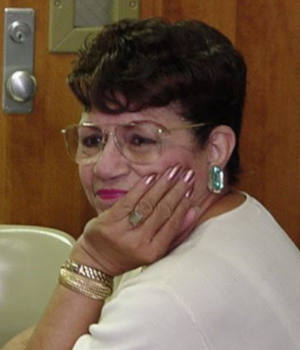 Mrs. Odessa Bailey, along with her husband Bob Carl Bailey, recognized a void in programming for Black people of the Shoals - which is why they founded WZZA Radio. While Mr. Bailey had the vision, it was Mrs. Bailey who had the practicality (and good credit!) to help that dream become a reality. Bob Carl Bailey was an eagle who soared high and she was the wind beneath his wings. Mrs. Bailey was one of the first and is one of the few remaining Black female radio station owners in the entire state of Alabama. Over the years, she has performed every position at WZZA Radio Station, including station manager, sales director. She has handled billing and accounting, sales, board operations, and production. She continues to work with station accounts and oversees the daily operations and staff at WZZA Radio. Most importantly, she not only manages the station - she also manages the station manager! 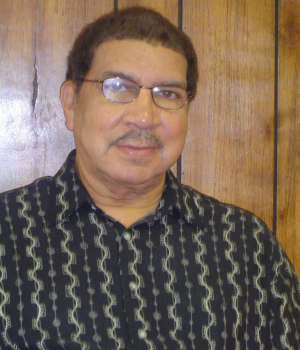 Leonard Skipworth has been with WZZA since the very beginning back in 1972! That's over four decades of dedicated service to Shoals Area listeners!

Brother Skip’s voice was the very first to be heard on WZZA Radio on the day it began broadcasting on Independence Day on July 4, 1972. He worked with Bob Carl Bailey as a show promoter and brought acts to the Shoals including the one and only James Brown. He is one of the most well-known personalities in radio in northwest Alabama, is a popular emcee, and can be depended on to bring a light note to any occasion. Brother Skip is also our top sales person and heads up the sales team. When he's not selling advertising, our Brother Skip can be heard on WZZA Sunday mornings from 6 until 10 a.m. and on again Wednesdays, doing midday Gospel from 10 a.m. until 2 p.m. Mr. Skipworth is great to work with and welcomes your calls to discuss advertising on the best radio station in northwest Alabama. Call WZZA or contact one of our sales team members at This email address is being protected from spambots. You need JavaScript enabled to view it. 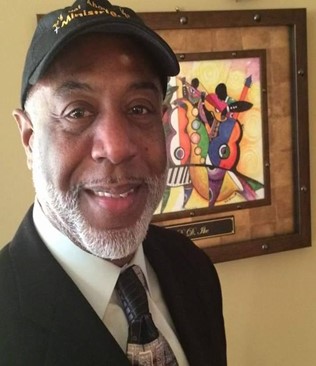 As host of the WZZA “Midday Gospel Express Train,” this unique and talented voice started in radio as a fourteen year-old. He trained at WNOO Radio Station, Chattanooga, Tennessee, then worked at WMOC Radio in that market. Over the years, he honed his radio talents at KMJC, El Cajon City, California and 92.3, San Diego, and served as a Stringer News Reporter for National Black Network (NBN). He first joined the Soul of the Shoals in the late ‘70s as “Tuff Lindsey”, and re-joined the staff in 2001 as simply "Lindsey", immediately working on sales and bringing his imitable style to WZZA Radio. He is currently WZZA's Senior Sales Executive, working alongside Brother Skipworth to help local businesses share their stories with WZZA Radio listeners. The Reverend Lindsey is also a minister who is very likely to share his faith with you, will pray for those who ask, and who provides such comfort that he has been prevailed upon to preside over home going services. His unique voice has inspired others to attempt to mimic his style, but he is one of a kind! 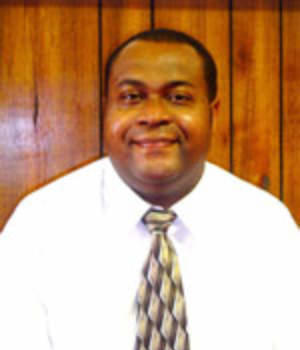 Darryl has been a valuable member of the WZZA Radio team for over two decades. He has moved up through the ranks due to his versatility, and today is WZZA's Senior Music director. For tracking, especially Jazz, Blues, and Southern Soul, reach out to Darryl on Mondays or Tuesdays between 9-10 a.m. WZZA features daily Black History and Darryl helps select our Black Facts.

Darryl kicks off each weekday with the Morning Gospel Show and holds down Saturday mornings when there are several weekly program hosts. When Darryl isn't doing music, he can be depended upon to assist with station operations and has even been known to bring accounts as well. If you are an artist or promoter and want to know how your record is trending on WZZA Radio, either check out our weekly playlists or email Darryl at This email address is being protected from spambots. You need JavaScript enabled to view it.. 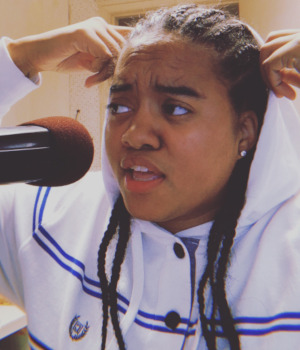 Cecily Ricks, who has two of the best ears in radio, is our production guru and works with our programming department to select music for our playlist. Cecily handles traffic and helps select PSAs. She is a wiz at the computer, at editing audio files, and she handles programming duties. Listen to Cecily middays when she hosts WZZA's Retro Rhythms (Old School) daily show from 2p-4p and you'd think she has been around spinning records since the 1970's. She's versatile, so she also handles Sunday midday gospel. This probably explains why she tells us that "we couldn't do it without her"! (And she's probably right.) 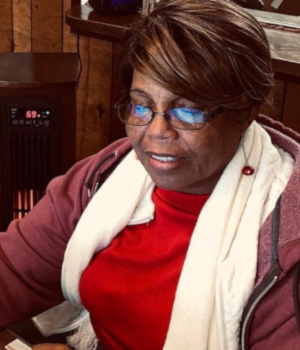 Glenda Acklin (also affectionately known as "Ms. G") is our PSA Director. She looks out for the best interests of both our staff and our listeners by overseeing updates to our Facebook page and our public service announcements. She also keeps the staff in line with her own special touch. Long before she joined the staff, she was a supporter of WZZA. Even when she's not at the station, she is monitoring the programming to ensure it goes as it should. Ms. G knows pretty much everyone in the community, which is why she is so perfect for WZZA.

Ms. G is not only a member of the WZZA Family, but is an adopted member of the Bailey Family as well. Her history with the Baileys dates back to WZZA co-founder Bob Carl Bailey, who gave her advice and was her advocate. Today she pays that forward by doing the same for Bob Carl's daughter and station General Manager Tori Bailey. Reach out to Ms. G at This email address is being protected from spambots. You need JavaScript enabled to view it.. 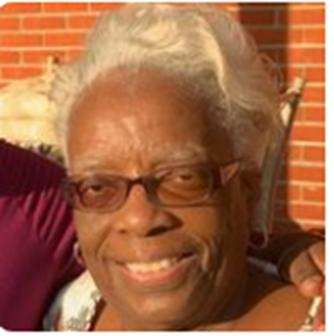 Mrs. Robinson handles community promotions for our listening audience. This includes church announcements, community news, and our Happy Days Club. She is also responsible for directing visitors and incoming calls to the station. There are so many people who come by the Soul of the Shoals for one reason or another, so her positive personality and calm demeanor make her the perfect gatekeeper for WZZA Radio!

When she's not keeping things running smoothly at WZZA or spending quality time with her family and friends, Ms. Bettie volunteers her time with several community organizations. She is actively involved with the Veterans of Foreign Wars Ladies Auxiliary and she is the long time and treasured Treasurer for the NAACP Tri-County Branch.

Ms. Bettie came in out of retirement to save the day for what was supposed to be three months. That was sometime last year, so we at WZZA are truly very blessed that she agreed to stay with us. We hope she NEVER leaves! When you need her, reach out to Mrs. Robinson at This email address is being protected from spambots. You need JavaScript enabled to view it.. 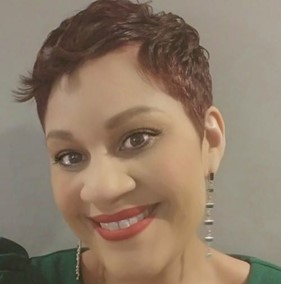 Nakeva, born and raised in the Shoals, learned about the radio and broadcasting business from her father, Napoleon “NAP” Harrison, who was a popular radio personality for WZZA radio in early 1970's. Nakeva loved listening to her father’s voice on WZZA and by the time she was eight, could operate a reel to reel. She also began recording herself on a cassette player every day after school doing local news and singing.

Nakeva is a classically trained vocalist who competed in Beauty and Scholarship pageants since age nine, and performed musically since age twelve. She graduated Alabama A& M University where she studied Music, participated in the University and Gospel Choirs, was crowned Miss Maroon and White, and became the First African American from an HBCU to win the prestigious Talent Preliminary Award at The Miss Alabama Pageant (an official preliminary to Miss America).

Her love for diverse genres of music, social awareness, and attention to current events - paired with divine destiny - led her to join the WZZA team. 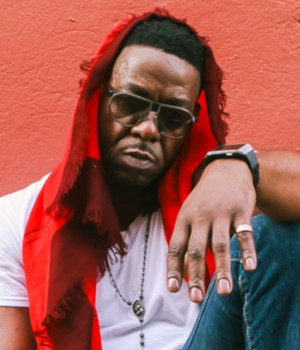 Montrell "MeNod" Reeder plays the best of current songs and WZZA hit songs every afternoon! Montrell says that because he was born and raised in the Shoals, he’s always been aware of its musical history. He's a fan of all types of music but none more than what he heard coming from the station programmed in my parent’s car, WZZA!

Montrell will tell you that he's been blessed to work with numerous artists and DJ’s across the globe and mentored by the best in the business, TJ Chapman (TJ’s DJ’s), Tori Bailey (WZZA), Marlon "Big Cat” Rowe (Big Cat Records).

After volunteering to help with the W.C. Handy Music Festival, he worked with the person in charge who asked if he’d ever thought about being on the radio. Since WZZA has always been a part of his life, it was inevitable that this is where he would begin his radio career. Catch Mr. MeNod weekday afternoons on WZZA, "Your Soul Of The Shoals".